Global Dynamics, Capabilities and the Crisis
This paper analyses the growth of the global economy with particular emphasis on the period after the financial crisis struck. It is shown that although most countries around the globe were affected to some extent, the impact was far from uniform. While many developing countries in Asia and Africa continued to grow relatively fast, Europe’s growth slowed markedly. 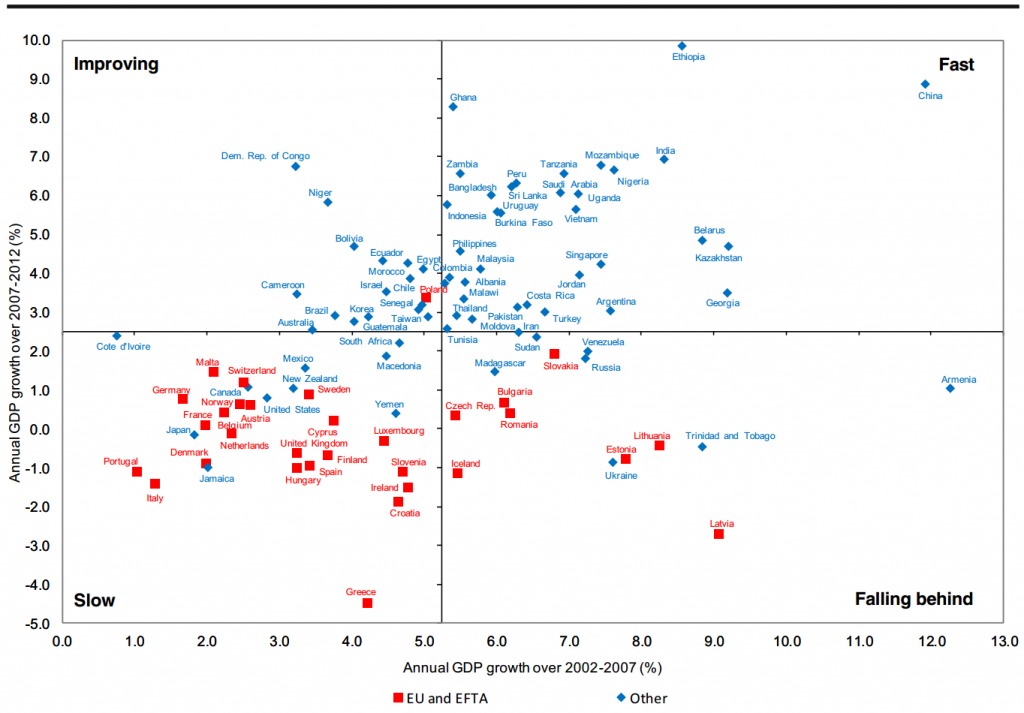 To explore this diversity the paper makes use of a perspective that takes into account three interrelated phenomena (or disequilibria): differences in levels of technological development and trends; differences in (social) capacities for exploiting (technological and economic) opportunities; and differences in “competitiveness”. The empirical analysis, based on data for 100 countries from all over the globe, suggests that such differences go a long way in explaining the variations in growth performance that can be observed.

One a general level the policy implications of the analysis for countries in the process of development are clear. Catching up, technologically and economically, is possible, but requires continuous improvements of technological and social capabilities. However, while earlier work placed strong emphasis on developing financial institutions and markets (as an important part of social capability), the analysis carried out here fail to support that suggestion. On the contrary the evidence considered in this paper indicates that countries characterized by rapid expansion of the financial sector prior to the crisis, experienced a much larger set-back than other countries. This impact is as noted particularly noticeable in the case of the former socialist economies in Eastern Europe and elsewhere. Hence, for these countries, rather than being a capability (supporting growth), the financial sector appears to have become a liability (preventing growth). This finding clearly begs further work, theoretically as well as applied, on the role of finance in growth and development.